Hey Scumbagged, this guys name is Nicholas Johnson.  Nicholas is from Akron, Ohio where he has been ever since he moved to the State in 2003 from Coventry, Rhode Island.  This guys a woman beater, a dead beat father and a dead end psychopath, amongst many other things.

Most recently Nicholas has been seen stalking women all over Facebook.  Even going as far as to threaten to have one woman beaten simply for her refusing to go out on a date with him.   She made the smart choice…  DENIED!

In 2004 Nicholas was convicted of a Misdemeanor-1 Domestic Violence in the City of Akron for assaulting his girlfriend at the time.  Court records indicate that he “punched her” repeatedly in the head, the body and threatened to have her killed if she tried to leave him.

In 2011 he was convicted again, this time of a Felony-5 for failing to pay his child support in the Summit County Clerk of Courts.  He is currently in arrears in excess of $100,000.

In 2017 he was so desperate to get laid that he began contacting numerous girls that he was friends with on Facebook.  One in particular accidentally left her personal cellphone number attached to her FB account when the following conversation ensued: 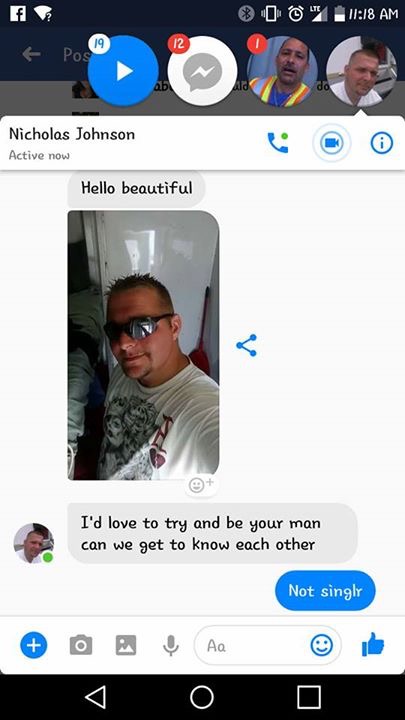 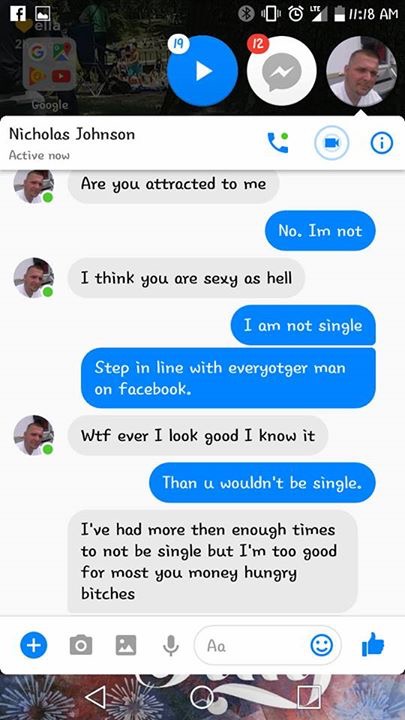 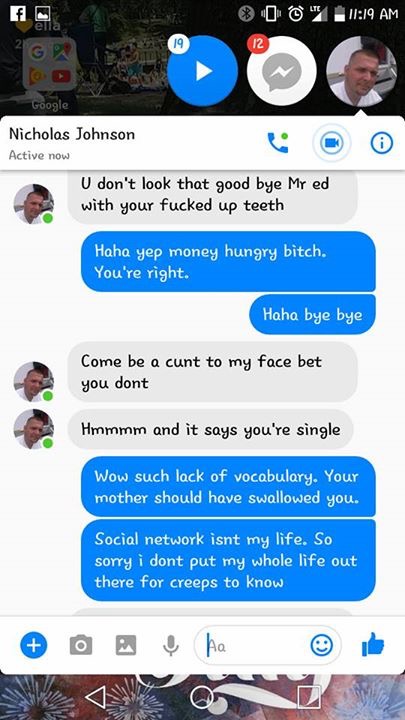 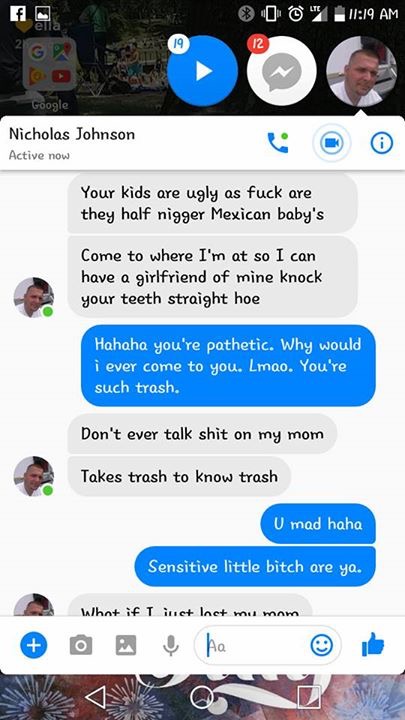 COBRA Says: Talk about the definition of the inability to handle a rejection. This loser got so upset that he even brought the girls kid into the equation. What a total degenerate scumbag.

Nicholas goes by his real name,  Nicholas Johnson on Facebook where his current occupation is listed at “Pimping Hoes University” and his marital status is single.  He’ll be staying single forever if he keeps this kinda trash up.

SCUMBAGGED Tip:  If this guy sends you a friend request, delete it.  If you’re friends with him already, block him.  He’s got something evidently wrong and has a severe incapacity to engage in civil conversations, specifically with members of the opposite sex.