Facebook’s dumbest drug dealer is hands down a man who goes by the name of Tim Brandon.  Tim lives in Sheffield Lake, Ohio where he sits behind his computer screen attempting to accrue illicit pharmaceutical drug sales.  In the past month he contacted me directly through Facebook messenger and asked if I wanted to buy any of the following:  Perk tens (percocet’s), opana’s, adderall and even heroin.  I refused to reply to him and thought he was done when he told me he had contacted me by accident.  That wasn’t the case because he then continued to message me and even tried calling me via video on Facebook.

I then decided to search him on Facebook and found, coincidentally enough, that someone else had been approached by him offering pretty much the same thing.  At one point Tim Brandon said to me “Hey my connect the pharmacist got 180 perk tens $6.50 ea. you told me to tell you when she got them so I’m letting you know and she has a bunch of adderlal and a few Opana just let me know ASAP.”  Which he then followed up with an apology saying that he hadn’t meant to send me the message.

COBRA Says:  This guy has to be by far the dumbest drug dealer in the history of drug dealers.  What a scumbag…

I then went to Tim Brandon’s own personal Facebook page, and decided to browse around his recent posts, just to see what kind of person would contact me in such a manner.  I’ve never done drugs in my life and even if I did I wouldn’t be stupid enough to buy them or sell them online through Facebook messenger.  I found an interesting post that he had made on his page in December of 2017.  In his post he said that “All drug dealers should be executed”.  I find that interesting, considering he’s a drug dealer himself…

The other individual who got into it with Mr. Brandon on Facebook actually responded to him and that conversation was pretty funny.  At one point Tim Brandon gives up an address, whether or not it’s his real address, I don’t know, but I’ve attached pictures of that conversation as well.  That actual Facebook post is public and can be found by clicking here.  Mason Butler is the guys name and he tore into him pretty good.

New Submission:  828 pasadena ave Sheffield Lake Ohio is his real address, found out after he scammed some friends of mine.

The Bottom Line:  It’s fairly evident that Tim Brandon was attempting to sell drugs for profit through Facebook messenger.  The method that he deployed was one that was both manipulative and highly illegal and he should be avoided at all costs.  This sort of thing generally would result in you either 1.)  Getting robbed or 2.)  Setup or 3.)  Getting addicted.

SCUMBAGGED Tip:  Mr. Brandon if you’re reading this, we think you should refrain from pursuing individuals in the future in such a manner.  Not only is it illegal, but you’re using a Facebook messenger application and reaching out to unknown individuals who are at different phases in life.  Some may be in the midst of recovery, some may be tempted by your communication and relapse, some might even be the police.  In any case.  You have to be the world’s DUMBEST drug dealer. 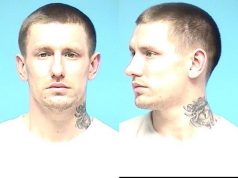 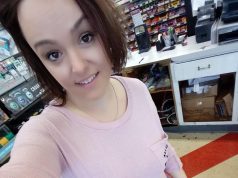 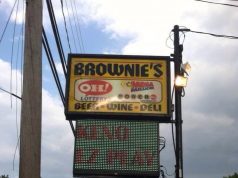 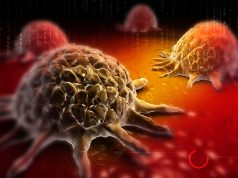 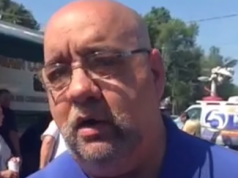 The Stripper Chronicles: “Just an FYI I Have Genital Herpes”...

The Stripper Chronicles: “Just an FYI I Have Genital Herpes”...