The 501(c)(3) holder for Bikers Against Heroin USA is a man named Scot Alan Neufer. Mr. Neufer is a registered sex offender stemming from a 2006 incident where he was found guilty of “Gross Sexual Imposition” with a minor. The money man who runs the show is yet another convict, his name being Lacy Tilley.  Mr. Tilley was sentenced to 110 months in federal prison for embezzling more than $300,000 along with a host of other charges in 2011.

Recently, Bikers Against Heroin USA released a corporate statement from last years run showing the breakdown of operating costs and other various financials.  Nowhere in their statement does it show where they have helped anyone from the donations that they generated, outside of cutting the Chief of the Lodi Village Police a check in the amount of $3,800.00.  Even with the $3,800 donation to the Chief, it wasn’t enough to keep the law at bay as law enforcement officials in both Lodi and Medina have said that they want nothing to do with the group.

Fun Fact:  It’s been rumored that Scot Neufer’s home in Lodi was raided by the FED’s related to drugs and that he is currently awaiting an indictment.

In all fairness, a local heroin advocate sent Bikers Against Heroin USA an addict by the name of Alisha Fairbanks.  Fairbanks needed air fare in order to get to the rehab that she was placed in – which was out of state.  Bikers Against Heroin USA provided her with an expense free ride.  Individuals in the rehabilitation community feel that this was done purposefully in an effort to distract from the lackluster implementation of thousands upon thousands of dollars in donations that have gone unaccounted for. She is the only person I know of that they have helped.  When questioning this group about the funds they simply say the program is not up and running and won’t be fully in effect until October of 2018.  Yet, they are continuously boasting about how much they give back to local area addicts…

Take a look at the bikersagainstheroinusa.org website – I have never seen so many pieces of paper explaining redundant, recirculated garbage in my life & I’ve been in this profession going on more than 20 years.  Now, they have posted people punching people in the face if you get out of hand on their Facebook page.  Needless to say this appears to be a t-shirt selling scam to make even more money and increase interest in their “Biker Run Against Heroin” event which is taking place on June 30th, 2018.

HAWK Says:  Will they fund heroin addicts and be transparent in their funding?  Or… Will they keep up their 300k houses, boats, jet skis, racing bikes and Harley’s instead?

The Bottom Line:  Scumbagged.com is not the truth police, remember that folks.  However, there are many individuals, non-profits and corporations that operate under the false pretense of helping the sick and addicted whom are in the game simply for immense profits.  From medicare scams to huge insurance payouts for placements to profit sharing programs.  The art of body brokering in this industry is beyond maddening and repulsive.  The irony behind the high costs of inpatients and treatments is to purely milk insurance companies in an effort to enrich people through others suffering.  Whether or not Bikers Against Heroin USA falls into this group is entirely up for discussion… If you’ve had direct interraction with this company and would like to share your experience with them, please feel free to leave a comment below.

SCUMBAGGED Tip:   It would be wise to fully inquire as to where and how your monetary donation will be spent with this group (or any other).  Individuals who frivolously give to non-profits waste valuable opportunities to help those around them.  If you’re a donor, be a pro-active donor.  Get involved, ask to see the results.  That’s the only way to ever ensure that your money is being invested appropriately, with this non-profit or any other. 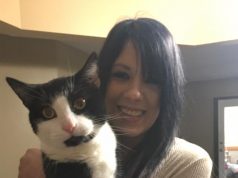 Woman Who Gets Sober From Heroin Sentenced To 30 Days In Jail (Elyria, Ohio)