CLEVELAND, OH – The city of Cleveland has nearly double the homicide rate of Chicago and is one of the deadliest city’s in the United States.  This article outlines decades worth of statistics, which are precise, up until present day.  Also included are major events, elections and governing decisions that directly impacted the murder rates and or the city’s population.   The statistics don’t lie and unfortunately paint a grim picture for what many Clevelander’s aren’t even fully aware of.  As of this writing Cleveland is the U.S.’s second most dangerous city in 2020 (in terms of homicides).

Putting everything into perspective Cleveland has had almost 50 homicides since October 1, 2020.  That’s nearly averaging 1 homicide per day in just the past 2 months.  How bad are these numbers? Let’s compare Cleveland to Chicago for a better perspective and understanding.

Cleveland’s homicide rate is 70% higher than Chicago’s. Let that sink in.  The local media many times will downplay homicide numbers by stating only the end totals for a year. But they use it in a fallacious way. If the homicide numbers decrease from the year before, the media will sometimes say that homicides are down. But with Cleveland, the city has been losing population every year for decades now. When you figure in population with the total homicides for a year, you get the homicide rate. The media rarely mentions the homicide rate, a per capita figure that can be compared to other big cities. It paints a clearer picture of truth that crime is out of control.

As stated before, Cleveland has been losing population every year now for decades according to the U.S. Census. Cleveland’s current population stands at 379,233 citizens. Cleveland’s population has not been this low since 1900 when the population was 381,768.

Cleveland now has a population that has not been seen since the late 1800’s.

A brief history of Cleveland’s population beginning with 1900, Homicide rates begin in 1970:

Benchmark – Frank Jackson sworn in as mayor of Cleveland January 2, 2006.

“…CLEVELAND, Ohio – Mayor Frank Jackson used his latest virtual town hall to talk about what he labeled as two pandemics that are burdening the city – a spike in coronavirus cases and violent crime…”

(Note the order of importance according to the local media – coronavirus first, violent crime second)

“…The mayor, joined by Police Chief Calvin Williams and interim Public Health Director Brian Kimball, took questions from residents for about 40 minutes, and nearly all dealt with one or the other…”

“…In Cleveland, homicides reached last year’s total of 133 in early October. Williams said the city’s total now is 159, with more than a month to go in 2020…”

And what did Mayor Frank Jackson have to say he is doing to address crime?

“…While the city has initiated some longer-term efforts to address crime – trauma counselors in recreation centers and programs to stimulate wealth in neighborhoods, those won’t address immediate problems…”

Welcome to Cleveland, the perceived Butthole of the world. 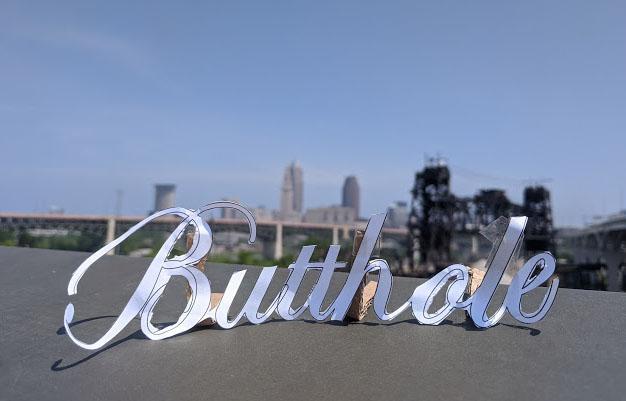 COBRA SAYS:  So the answer from the mayor concerning all this crime – downplay the homicide numbers, put trauma counselors at rec centers, and have programs to stimulate wealth…. Yeah, that will fix things, but don’t un-handcuff the police, no we can’t do that because the police are the problem right?  And of course we need to tell these criminals to be a little more responsible with their guns… Do you hear that criminals? Be more responsible already!  The fucking stupidity in this day and age anymore.