A 24 year old pregnant woman, Amber D. Horvath, of Lorain Ohio, was sentenced to serve 30 days in the Lorain County Jail today.  Her sentence, which stemmed from a paraphernalia charge in January of 2017, was a misdemeanor of the 4th degree and carried a maximum penalty of up to 30 days.  The young woman, who is a recovering heroin addict, also is in the midst of a 20 week high-risk pregnancy.  Her high-risk pregnancy is related to the sometimes fatal disease known as endocarditis, which was caused by a staph infection that attacked her left heart ventricle a year prior.

Interestingly enough, it was Ms. Horvath, not the courts, who initially sought out drug treatment.  In December of 2016 the 24 year old attempted to achieve sobriety on her own.  She checked herself into outpatient services with Moore Counseling in Elyria.   Shortly after enrolling into the outpatient group, while still in the throes of battling her addiction, she caught the misdemeanor paraphernalia charge.  As a result, Judge Lisa Locke Graves then court ordered her to complete the outpatient program that she had already started.

Two months later, Ms. Horvath was on her way to sobriety, successfully receiving the highly sought vivitrol shot.  In order for a patient to receive vivitrol, they must remain entirely sober for a 7 day period prior to the drug being administered.  Vivitrol, which blocks the opiate receptors and prevents a user from getting high also helps to suppress urges and is believed to help extensively with a patients thought processes.  Shortly after receiving her vivitrol treatment Ms. Horvath transferred her outpatient services to Oakview Behavioral Center in Middleburg Heights, that transfer being a result of her moving to Strongsville.

Not So Fun Fact:  Ms. Horvath never had any representation at any point during the course of her proceedings.  The courts, fully knowing that she was a long-term addict chose to by-pass her having representation and instead offered her the initial 30 day suspended sentence (which transpired while she was under the influence of drugs).  Then, while at court for her Merits hearing, she once again had no representation.  Additionally, the paraphernalia charge stemmed from an assault that occurred against Ms. Horvath.  She was being beaten, dragged down a road and threatened by a man with a gun.  Upon initial response, the police entered the residence at which Ms. Horvath was staying, found the paraphernalia and arrested her, the victim, but not the perpetrator of the assault.

In May, while still sober and now pregnant, Ms. Horvath moved again, this time back to Lorain County.  She then attempted to transfer her outpatient services to another rehabilitation center nearby.  First, she went to LACADA, where they recommended that she do inpatient, which Ms. Horvath refused, citing that she had been 5 months sober at this point and “inpatient didn’t make any sense for someone who was already many months into sobriety”.  She then scheduled with Psych & Psych out of Elyria.  Ms. Horvath informed them that she would prefer to do one on one individual counseling sessions – as opposed to groups.  Her reasoning?  Due to the extreme disparity between men and women within groups and the multitude of drugs (specifically heroin) that is present with other individuals in group counseling.  Psych and Psych opted to place her into group counseling anyways.  Upon leaving her very first group, she was approached by not one, but two men who offered her heroin.  Not wanting to put her sobriety in jeopardy, Ms. Horvath never returned to Psych & Psych.

She then reached out to her probation department and informed them that she was having difficulty fulfilling her court ordered commitments. Various issues were presented, such as the excessive drug use taking place and being exposed to her at treatment – all to no avail.  The probation department told her to continue.  Two weeks later, Ms. Horvath contacted the probation department once again.  This time informing them that due to excessive appointments she could no longer attend outpatient successfully and she reiterated her sobriety being placed in jeopardy by attending groups that were filled with people whom were still using and attempting to get her to use.  Ms. Horvath had hopes that the court would look favorably upon her having paid all of her fines, not receiving any new charges, being sober for nearly 6 months and understand her difficulties arranging transportation.  Days prior to sentencing, she was informed by the probation department that she wouldn’t be facing the full time and was looking at a sentence between 10 and 15 days.  Ms. Horvath agreed, but was still hopeful that Judge Locke Graves would see her as a success, not a failure and perhaps give her no jail time whatsoever.

On Monday at 1:30pm, while in open court, it was noted that Ms. Horvath had paid all of her fines, that she had been sober since March, that she had not failed a single urinalysis and that the primarily reason she couldn’t complete outpatient was a direct result of insufficient transportation.  Her travel demands being great for someone without a vehicle; personal doctor appointments, pregnancy appointments, 2 AA meetings per week, 4 outpatient meetings per week, weekly probation meetings, court appearances and so on.  In light of all this information, Judge Locke Graves issued the maximum sentence of 30 days to the sober, 20 week pregnant Ms. Horvath, leaving her in tears and in utter disbelief as the bailiff placed her in shackles.

Amber was mislead into thinking she would only be going to jail for 10-15 days, which would have afforded her the opportunity to make her various doctor appointments and schedule her baby shower.

LISTEN TO THE 2:03 RECORDING BELOW:

If you listen to the above audio you can hear the probation officer herself state that she even told Amber that she would be looking at less time.  Misleading.  In addition she re-iterates the fact that she could have spent the time in jail after the baby was born, that she’ll have a nice long rest, that she will have great medical care.  Total incompetence.

Amber is currently sleeping on a single mattress on the floor of a dorm.  Due to overcrowding she doesn’t even have a bunk.

“Would you like to wait until the baby is born to serve your 30 days?”

While on record, during Ms. Horvath’s sentencing, Judge Lock Graves asked her if she would like to wait to “serve the time after the baby is born”.  To which Ms. Horvath responded “No your honor, I would prefer to serve the time now…”. Concluding that it wouldn’t be in the best interest to separate mother and child after birth.

Ms. Horvath also went on to say the following, off recording: “I couldn’t believe she sentenced me to 30 days, that’s not what I was agreeing to.  I’m pregnant, I’m sober, I paid all my fines, it was me who sought out the treatment, me who made this happen.  Now I’m in a place where all the girls talk about are drugs, that’s all there is is drugs in here, getting sober was really hard for me to do.  Now that I have it, I’m not going to ever let it go.  I can’t believe that I’m in the Lorain County Jail, I feel like I’ve been punished for getting sober…”

Ms. Horvath also went on to state that she spends most of her days focusing on her health and trying to live a positive, productive life.  That includes being around sober people and doing sober minded things.  She’s also been re-united with her son and sees him frequently during many supervised visits and her next step is to regain custody of him.   The photos below speak for themselves of the kind of life that she has been living since she’s beaten her heroin addiction.

COBRA Says:  You would think that the courts would view her situation as an accomplishment.  The order of outpatient was to hopefully result in her being sober.  Unfortunately, the courts and the system being so out of touch with todays norms, don’t understand how to help those that are severely addicted, specifically those on heroin.  So instead of keeping this pregnant woman out of harms way, accepting the fact that she paid her fines and got sober on her own, they’ve thrown her into a situation where she is put at risk.  Risk of relapse and for potential violence and harm to come to her child.  This is what tax paying money is going towards in Lorain County.  Incarcerating someone for 30 days is going to cost money, and for what purpose?  The community isn’t any safer and Ms. Horvath is certainly in a bad predicament.  It’s almost like they’ve tried to push this woman into relapse time and time again.  Maybe they will succeed this time?

SCUMBAGGED Tip:  Getting sober from heroin is a challenge.  One that many fail to do time and time again and one that ultimately resulted in more than 120 deaths in Lorain County alone in 2016.  When someone gets sober from this or any other drug and they are doing good in society, they should be rewarded, not imprisoned.  It shouldn’t matter how, whether it be 90 meetings in 90 days or a certification from a rehab that the person gets sober.  It should only matter if they do, or if they don’t.  There are plenty of people who are walking around who deserve to be in jail and there are plenty of people in jail who don’t deserve to be.  To sentence someone to a maximum penalty for a low-level misdemeanor, one who actually achieved sobriety and is moving past the heroin epidemic is a travesty.  Furthermore, someone who has only two charges in their lifetime in the Elyria court system, one being a petty theft in 2013 and a paraphernalia in 2017…  This poor girl is literally 20 weeks into a high-risk pregnancy, she’s sober and she’s paid off all of her fines.  Instead of going to her doctor appointments and planning her baby shower, she now sits in the middle of a vicious lair of drugs and violence.  It’s incomprehensible, it’s unfair to tax payers, and it just sheds further light on the failures of the court and local law enforcements inability to treat and understand individuals with addictions.  Judge Locke Graves, if you’re reading this, you should hang your head in shame, you’re a fucking scumbag…

Heroin Epidemic Information:  In 2016 Ohio lead the nation in opioid overdose deaths. Along with the overall category, Ohio also had the country’s most deaths related to heroin: One in 9 heroin deaths across the U.S. happened in Ohio. The Buckeye State also recorded the most deaths from synthetic opioids: About 1 in 14 U.S. deaths. In all the categories, Ohio easily surpassed states with larger populations. According to state-by-state statistics compiled by the Henry J. Kaiser Family Foundation, 2,106 opioid overdoses were reported in Ohio in 2014, which was 7.4% of the 28,647 deaths reported nationwide that year. California ranked second with 2,024 deaths and New York was third with 1,739.

Heroin Assistance Information:    If you, or anyone reading this has drug related issues (especially heroin) of any kind you can check into a rehab for free courtesy of the Wellington Police Department.  You can call them: (440) 647-2244 or contact them via messenger on their Facebook page: https://www.facebook.com/Wellington-Police-Department-759508177392915/ 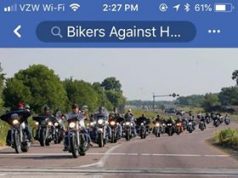