The City of Lorain has been hounded by it’s residents for their ever growing water and sewage bills, with thousands of the cities 63,700 residents complaining about the repeated rate hikes and profound increases.  Over the past year, several investigations have been launched into specific cases where some water bills increased by more than 50%.  The results are astounding…

What was discovered is that the city relies upon radio frequencies that are transmitted by their meter readers.  These frequencies can be manipulated by the homeowner, a neighbor or even by the water company.  In addition these same radio frequencies often experience RF leaks (a different form of leaking) and can be jammed and send incorrect packet information.  In 2013 when these devices were widely installed around the city of Lorain it was done without most residents even being aware.

What prompted the investigation of the Lorain devices and water issue started with two Lorain residents who lived on the same street.  One homeowner had 4 occupants and the other had 2 occupants and each received the exact same water bill over the course of an 8 month period.   That was the first sign of something amiss.  The two neighbors took it a step further and reached out to another home owner several houses down.  When that neighbor was approached and asked if he was experiencing an unusual hike in his water bill, he revealed that his water bill had jumped from $85 a month and now was consistently at $130 per month.  This $130 bill was with a single occupant in the home.  That neighbor also advised that he purposely didn’t wash clothes or shower at his home for an entire month to see if his bill would change – which it didn’t.  This then lead to the discovery that all of the homes were being operated on the same 5/8″ Neptune meter with the same city installed radio frequency meters that were installed on or around October of 2013.

The radio frequency meters that the city of Lorain has installed on almost half of it’s residents have been shown to produce extensive manipulative results.  In multiple case studies, these meters also have been shown to have a wide array of programs that make for the manipulation of readouts readily available.  Any homeowner or anyone with basic computer knowledge could download programs that could spoof readouts and reports one way or another.  These devices, since installed have shown drastic incremental increases in the residents of the city of Lorain’s water bills. 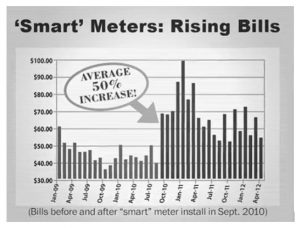 Furthermore, the annual tax rate increases that have been applied to the Lorain residents do not add up to the majority of the complaints that have been levied.  The excess water bills should show an influx of approximately $10-$15 in some cases whereas most residents are experiencing $40 or more increases to their bill – even when they aren’t using their water.

Half of the city of Lorain’s residents are using radio frequency meters, most of which don’t even realize it.  Many residents think that when the water meter reader comes around that he is actually reading their water meter, in all actuality he is pulling the frequencies off of your radio frequency meter reader (these same meters which have also been shown to have additional side-effects in a series of case studies).  These devices broadcast your usage data via wireless transmissions. These same broadcasts also release radio-frequency radiation and compromise your privacy. 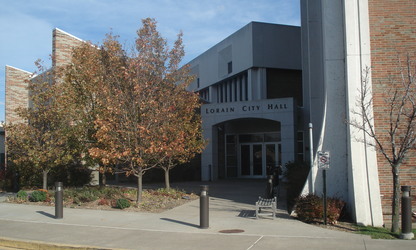 The radio frequencies that are used to broadcast your data usage are also NOT ENCRYPTED.  This means you or anyone else (including the billing company) can utilize tools to greatly influence your readout, ie; your monthly water bill.

The radio frequencies are transmitted to the Lorain Water Department readily and can be accessed at any time and any day.  These transmissions then keep track of your hourly, daily, weekly and monthly water consumption.  This information is transferred via the wireless transmissions and is also stored on the internet so consumers can plot their own data for the last three months. Although there appears to be no API, a hacker could use HTTP GET request to retrieve all data, finding that one value every two seconds can be downloaded.

The Lorain smart meter appears to send HTTPS allegedly encrypted/secure data to provide confidentiality, a cryptographic signature so data can’t be altered, you would think, yet the investigation discovered the false sense of security and privacy did not match up with reality. The first problem is that the HTTPS server for Lorain appears to be misconfigured and while the web interface does not display data older than three months (in all cases), the online team found that all the data ever collected from the smart meter was still on the server.

There is a method known as “packet hacking”, where one can disconnect the meter and emulate the smart meter sending packets. Since Lorain’s device offers no protection at all from the smart meter to the server, no cryptographic signature or MAC message authentication code, the smart meter data can easily be faked.  So easily in fact that a simple beginning hacker could actually monitor the smart meter communication by using a program called FritzBox! to capture data and Wireshark to analyze it.   Going a step further, experienced hackers could easily begin with writing Python and then continuously spoofing the packets, faking smart meter data which would require a MITM attack and essentially increase the water usage or decrease it however they would like.

Some smart meters relay data in 15 minute intervals, which is bad enough for privacy, but the Lorain radio frequency meters send out data blasts every 12-16 seconds which gives a highly intrusive peek into private lives due to the ability to detect other devices within the home carried on the same frequency.  Ie; TV’s, microwaves and more.

A Decade Of Rate Increases

Not So Fun Fact:  Rate increases in the month of February 2018 were passed by the cities council.  These adjustments are an $11 flat and $0.19 increase on consumption.

Further rate increases will be coming and have been slated to take effect each year until 2026.  The city board has cited a failing infrastructure and the threat of Federal fines that would be levied for failing to upgrade the water treatment facilities.  This is now falling onto the burden of tax-payers for the various misappropriations of funds and decades of mismanagement in this sector.

The screenshot above shows the current rate hikes as well as the expected rate hikes in the coming years.  This information was obtained through the Lorain City Minutes & Agenda department.  Any and all information pertaining to the city can be found on the city website here: http://www.cityoflorain.org/city_council/agendas

The Bottom Line:  Not only are the residents of Lorain being manipulated by their City installed radio frequency meters, but they are also being raped via taxes.  The tax increments that are scheduled to continue increasing will see a city that has been known to blow any surplus of cash on inconsistencies and create a future hole in the pockets of many of it’s already strap cashed citizens.

SCUMBAGGED Tip:  Stop misappropriating funds already!  When reviewing the minutes logged and the conversations kept and recorded at the Lorain City Hall, it’s no wonder the city is in dire straights and utter shambles.  Half the council meetings are regarding commending individuals and refusing to abide by House Municipal Taxation Guidelines that have been sent down to the city government for your benefit as a taxpayer (the city would really hate for you to be able to withhold more money from them, but that’s an entirely different story for another day). 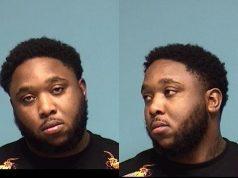 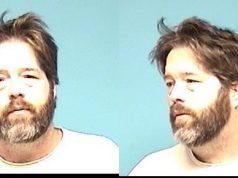 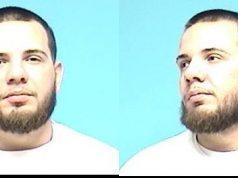