Nick Dubecky is the owner of Dubecky Landscape & Design LLC., and he is also a prime example of why Scumbagged.com was created.  Nick has been robbing many of his clients & employees over the past 2 years, even his own family. The 24 year old North Ridgeville resident is currently being sued for $15,000, facing an eviction from his father, stolen $10,000 from his brother, defrauded 3 recent employees along with dozens of clients and was indicted for a felony related to passing bad checks.

On October 22nd, 2018, Nick Dubecky wrote a bad check in excess of $7,500 to Bulk-N-Bushel, a North Ridgeville company.   The check was for a month’s supply of landscaping materials.  When Bulk-N-Bushel attempted to cash the check – it bounced, they immediately called the North Ridgeville Police Department and a warrant was issued for the arrest of Nick Dubecky.  Dubecky was arrested shortly thereafter and posted a $5,000 bond.  His next court hearing is scheduled for 11/7/2018 at 1:30 pm.

UPDATE ALERT:  Areas enclosed with red […] brackets signifies that the article has been updated with new content.

On October 23rd, 2018, a $15,000 lawsuit against Nick Dubecky lurched forward with a ‘Summons in Civil Action’ being marked as processed.  The suit stems from blatant theft that took place and was filed on behalf of Moscarino Outdoor Creations Inc. for incomplete work.

Adam & Vinny, Nick’s own brothers were the foundation of Dubecky Landscape & Design for the better part of the past year.  They were the knowledge and the skilled laborers that were capable of getting the jobs done.  How did Nick treat them?  He screwed Adam out of $10,000 and started to not pay Vinny.  Adam quit in February, while Vinny quit just 4 weeks ago.  When Adam left, Nick called his brother’s family and told them that he was a drug addict and thief and was fired as a result.  No word yet on the treatment Vinny has received since his departure.

Adam:  “I thought I didn’t have to worry, you know, he’s my brother, my brother will pay me I thought.  It was winter time and work was slow and when I finally told him I couldn’t work anymore, that I have a wife and two boys I have to feed and rent to make and I’m not coming to work unless you pay, he flipped and went ape shit!  Started to accuse me of being on drugs, of being a thief and a liar.  Refused to pay me, still hasn’t given me a dime.  He owe’s me $2,500 for snow removal from January to February, and owes $8,500 in wages.”

Not So Fun Fact:  Nick stole an air compressor, sander, finish gun, table saw, 6 ft step ladder from his brother.  He also bounced checks with Aaron and never gave him any money for those bounced checks ($1,500 total).

Nick even screwed over his own father…  His Dad, who owns the property located at 37855 Butternut Ridge Rd., was renting half of the home to his son for $450/month and another individual who rented the other half of the property for $450/month.  It has been more than 1 1/2 years since Nick Dubecky paid his father a single penny in rent.   Nick’s father is evicting him as a result and will be putting the home on the market in the coming weeks.

It is estimated that Dubecky has defrauded individuals on more than $100,000 worth of work and or pay in the past 2 years.

[Issuing Threats:  Dubecky took legal action against Jeremy Davis for posting negative remarks about his business on FaceBook and attempting to let the community know about his thievery (Jeremy just wanted his money that he was owed).  Nick also threatened two additional customers who threatened to leave bad reviews.  Tssk… Tssk…

COBRA Says:  Hi Nick!  Hope all is well, wish we could see you’re face as you’re reading through your own moment of fame, but alas, we cannot be so fortunate.  We know you’re notorious for threatening people with slander, libel and defamation of character suits, so guess what?  ::Drum roll:: We . Don’t . Care.  You’re nothing more than a spoiled, thieving, little bitch. #SoSueUs

[More Employees Robbed:  The list of employees that Nick Dubecky has defrauded is quite lengthy, it just goes on and on and on.  The list below are all individuals that were previously employed by Dubecky Landscape & Design and all are still owed outstanding paychecks.

Nathan Varady is another individual who not only was robbed by Mr. Dubecky on more than $2,000, but was also given checks for roughly the same amount that bounced.   The following is what he had to say regarding his situation and Nick Dubecky…

“My last date of employment was in Feb right around the 14th. He owes me roughly 2 grand. Refuses to give me my last check or any over time pay. (He fired me because I left work to go save my wife’s grandpa who was having a stroke). I cashed 2 checks at Walmart with the total being around 2 thousand, they bounced so now I’m being held accountable for it.  Also, when I first started he screwed over an employee who’s name was Nick. He got injured on the job and needed help with medical, Nick pretty much told him hes fucked and not helping him.  Then fired him.”

Fun Fact:  Nick also just went to court for not paying into the workman’s compensation – which is the state of Ohio requires every business pay into.

Not So Fun Fact:  Nick also tried to screw over a veteran owned landscaping company (Dr. Landscape).  He owned him roughly 8 thousand dollars for a prolonged period of time.  Dubecky finally did make good with the company though. ]

How “The Dirty Little Dick” got started:  He started out his company from the blades of grass, literally.  He could be seen cutting his neighbor’s homes for years as a young adult and then started doing limited patio work which eventually turned into a full blown landscaping company.  One that saw him hire workers, delay pay, state repeatedly that he was waiting on customer payments and essentially force employee after employee to leave due to non-payment.  All the while, further enriching himself in a rinse and repeat operation that saw him taking more vacations and extended trips in an attempt to maintain his appearance of living a rich and lavish lifestyle.

A predator in the making?  Nick would savagely attack even his best friends girlfriends.  On more than three occasions Nick Dubecky has stalked, harassed and chased other’s girlfriends, fiance’s and wives – bordering pure obsession.  [He even broke into his ex’s house and stalked her and even admitted to putting a plug in GPS on her range rover so he could track her] (no charges have ever been pressed).

Nick doesn’t give a fuck about the customer, all he cares about is money.

Ex Employee:  “Nick doesn’t give a fuck about the customer, all he cares about is money.  Doesn’t care what the finished product looks like, has zero customer respect, none.  Takes money and does the work but doesn’t know how to do it properly.  Thinks it’s right, but it’s half ass.”

Corporate Casualty:  84 Lumber is currently sitting on (and screwed out of) $1,200 in materials ordered in February of 2018.  The building supplier that ordered all the materials stated “what am I supposed to do with all these materials, Nick never came to get them”.

Client Casualty:  Also in February of 2018 a customer who wanted a custom fancy handrail for their switch back staircase was robbed.  Nick received 50% down ($1,700) and simply left upon receiving the deposit, never to return again & did absolutely zero work.

The following screenshots are Nick Dubecky’s official response to this article.  This communication was sent from Dubecky’s cellphone directly to the Scumbagged.com tipline…

Nick Dubecky is also on probation out of Berea Municipal Court related to telephone harassment.  He has violated his probation and has a violation hearing scheduled in January of 2019.  The screenshots below document the entirety of the crime and the sentencing.

Want to see more court specifics and related information on Nick Dubecky and Dubecky Landscape & Designs?  Check out his other detailed article below:

The Bottom Line:  Nick Dubecky is a very skilled salesman, that’s about all he’s good at.  He doesn’t know what he’s doing when it comes to landscaping.  He’s not skilled in building, designing or implementing any of his work.  Do not utilize his services or his companies, you will regret it!

SCUMBAGGED Tip:  People like Nick Dubecky should be ashamed of themselves.  They should also live in fear.  People who do this kind of shit to family and their community need to sincerely wake up.  Your days of hiding behind thin veils is over.  You will be Scumbagged, one day or another, and when that happens you’ll have nobody to blame other than yourself.  Welcome to the Scumbag club Nick, you totally deserve it! 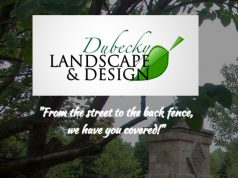 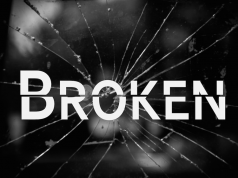 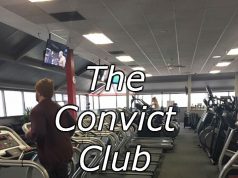 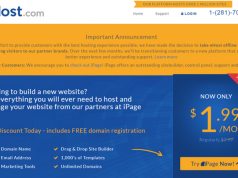 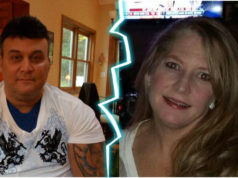 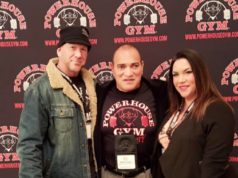