Jacob “Wacky, Weird” Weir is a known pothead from Elyria, Ohio.  To many people’s surprise, Jacob is also a squatter and a thief.  Danielle Collins (his girlfriend) and himself use and manipulate people for a free place to stay, when a few nights turn into a few weeks and ultimately forced out by an eviction.

Jacob has even stooped so low as to steal from his own mother,  Dawn.  He lied and said he thought it was money that his mom had set aside from him to go to college.  When in truth, he simply used the money to buy weed for himself and all of his friends.

Currently, Jacob is busy endangering a pregnant woman’s life by refusing to leave her fiance’s house.  The couple took him in to be nice, but it turned into a nightmare.  Jacob is forcing the couple to evict him, otherwise he’s going to be staying put for a long long time in their residence.

HAWK Says:  This dude needs to grow up.  Time to get a job already.  Stop being a burn out loser.  Pathetic.

Fun Fact:  Another theft was also in Elyria dated 10/5/2017.  One additional prior before that was a contempt of court.

Jacob was also in jail in Alaska.  Ever since his release and return to the area he has done nothing but manipulate, lie and steal from those closest to him.  If you don’t watch him closely and turn your back for even a split second he will steal anything that holds any value from you.

Not So Fun Fact:  Jacob Weir also told a girl that he hopes her baby dies when she caught him stealing money out of her wallet.  Scumbag…

The Bottom Line:  It’s people like Jacob Weir who give marijuana a bad reputation.  People like Jacob here and just incapable of functioning with or without the drug in life, make it appear as if this “gateway drug” leads to activity like this.  Sad state of affairs for this pot head.

SCUMBAGGED Tip:  Hey Jacob, stop being a scumbag and squatting in peoples homes, stop stealing money from your momma and stop stealing things from people in general.  Your burning all your bridges and soon you’ll have nothing and no one left.  Go apply for a job tomorrow, their hiring everywhere.  Sure as hell beats catching another case or being stuck inside a home where you’re not wanted. 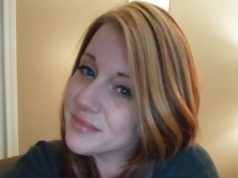