The Akron Fire Department (A.F.D) provides emergency medical services to over 200,000 residents and covers 62 square miles within the City of Akron.  They respond to roughly 40,000 fire & EMS calls each year with approximately 80% of those calls being directed specifically for medical emergencies.  A large and growing number of the EMS (911) calls are for heroin & opiate related drug overdoses where the A.F.D, in most cases, finds itself administering the lifesaving drug “naloxone”, commonly known as narcan (an opioid antagonist used for the complete or partial reversal of an opioid overdose, including respiratory depression).  Just 3 weeks ago, a new policy was introduced by the City that has resulted in 5 deaths in the past 48-72 hours.  Akron EMT’s have been instructed to no longer transport individuals whom have recently overdosed to the nearest hospital (if the addict so desires).  As a result, the death toll is now rising.

In the past, being that a 911 call related to an overdose has long been treated as a “medical emergency” the addict would be taken to the nearest hospital.  At the hospital they would receive further medical treatment.  Treatment that would ensure they weren’t subject to another overdose, heart problems & or additional underlying complications.  They would also be linked to a much needed peer supporter which would provide them immediate rehabilitation opportunities as well as a plethora of additional treatment options.  Now, as a result of the sudden change in policy, the recently deceased and suddenly revived overdose victim can simply whisper the word “no” when asked if they would like to be taken to the hospital.  Leaving them with possible underlying complications from the medical emergency & a higher likelihood (based on studies shown below) to re-overdose within mere moments after having been revived.

Related to this article, a representative from Project DAWN (Deaths Avoided With Naloxone) spoke with someone close to Scumbagged.com and stated that “The primary reason for the recently revived after receiving a Naloxone treatment to be taken to the nearest hospital is due to a possibility of organ damage.  Ie; Heart, lung, brain, etc. as well as the high risk potential of repeat & immediate overdose after a responder leaves the scene”.

“I cannot believe that we were called off from taking people to the hospital.”

One Akron EMS responder, who has chosen to remain anonymous for fear of retaliation, spoke at length with Scumbagged.com via telephone regarding the city’s sudden change in policy:  “I understand that there is a cost for maintaining services and providing the services that we do to all of the residents in Akron and Summit County, but that’s what I signed up for, that’s why I got into this field, because I wanted to help people.  It goes against everything I was taught, it really does, if I can save a life and possibly prevent it from happening again that’s what I should do, that’s how I was trained and just feels like it should be a common principal value or moral value, whatever you would like to call it in this profession or in life in general.  I cannot believe that we were called off from taking people to the hospital, I just cannot believe it.”

COBRA Says: Perhaps the Akron Fire Department needs to be reminded of their sole purpose(s).  Let us take a look at their own mission statement as a prime example.  Maybe they should re-read their own doctrine in order to reflect accordingly on their new & unprecedented policies…

“…exists to protect the lives, property, and environment within our community”

Not So Fun Fact: After awakening, a large number of heroin users will refuse further treatment or transport to the hospital.  These same patients may also be at risk for recurrent respiratory depression or pulmonary edema.

As of this writing there has been no official word as to why the City of Akron has switched to this new policy. 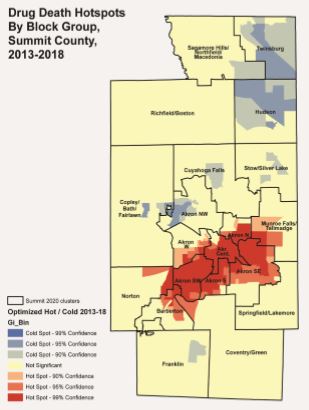 In a recent article that was published by News Channel 5 in Cleveland there were over 449 overdoses reported since January of 2019 in Summit County alone.  In the article, based on a report by the Ohio Substance Abuse Monitoring Network they cited the fact that overdoses are skyrocketing due to the availability of heroin growing, it’s quality decreasing and the drug morphing into pure fentanyl.  The full report in it’s entirety can be found directly below.

Convert your PDF to digital flipbook ↗

Having trouble viewing the report?

SCUMBAGGED Opinion: It’s common sense that once an individual is revived off of narcan that there is a high likelihood that they are going to set out to obtain the high once again.  After all, they had just obtained a high, one that took them to the brink of death just before they were brought back to life.  The high has been removed, only leaving them wanting to obtain it once again.  This individual is in an addicted state, placed into a form of withdrawal and then will seek to remove that feeling of sickness by getting high again.  At which time their receptors are blocked, their tolerance level is already affected and they have difficulty understanding just how much heroin/opiate that they are consuming.  Of course they will say no they don’t wish to have treatment or go to the hospital – they want to get high again.  It’s like someone who has to serve jail time being asked if they want to go to jail or not?  “No sir, I definitely don’t want to go to jail today”.  No shit sherlock…  It’s that extra push in the right direction that can save a life sometimes (whether it be through a rehabilitation center, correctional facility or otherwise).  The A.F.D and the city of Akron should know better and be better than this new policy they’ve enacted.

Furthermore, the underlying conditions alone (aforementioned above in the article) are reason enough to bring the recently revived to the hospital.  This would ensure that they don’t have any additional issues as a result of their overdose and to try and help them obtain sobriety – to have a chance at preventing a future occurrence.  This new implementation is a blatant disservice to anyone that is treated and for some is a definitive death sentence.  The sudden spike in deaths as a result shouldn’t even come as a surprise.