On May 4th, 2019, Leigh Ann Arroyo and Honey Howard were walking the streets together in Elyria’s 5th Ward.  The two were attempting to get signatures for Howard’s petition to run for Elyria Law Director and Leigh Ann Arroyo was handing out her campaign fliers for the upcoming primary bid that she had launched against incumbent Marcus Madison.  Arroyo is a registered Democrat, whilst Honey Howard is registered as an Independent.  On this day however, the two didn’t discuss party affiliations and were simply working together in tandem, with similar and unified personal beliefs.  Everything was going as it should, the two had shook hands with & met hundreds of Elyria residents and received just as many signatures.  That all changed the moment that Chris Pyanowski, the assistant Lorain County Prosecutor got wind of Arroyo being seen out in public with someone other than her party’s affiliation & someone who just so happened to be running against his wife, Amanda Deery.

Amanda Deery, is the Democratic candidate for the position of Elyria City Law Director.  Honey Howard is also vying for that very same position, as an Independent.  As a result of Arroyo’s public image being seen with Howard, Pyanowski became enraged and took to the social networking platform, Facebook, in an attempt to intimidate & prevent her from supporting someone who was running against his wife.  The intimidation derived through “Facebook Messenger” and was captured in four screenshots shown below.  In one instance, Pyanowski states “Why are you helping an Independent candidate get signatures to run against a democrat, my wife Amanda Deery, when you are running as a Democrat and claim to be a member of the party?”.

Readers Note:  Arroyo has since alerted the CT & Dennis Will.  Neither the CT, nor Dennis Will seem to care at all whatsoever regarding the intimidation that Arroyo faced.

Arroyo stated that Chris Pyanowski tried to intimidate her when she was running for Elyria City Council and that he became irate when she was walking her ward with his wife’s opponent, Honey Howard.  Arroyo didn’t realize that she wasn’t allowed to be with NON-Democrat people.

Last time I checked, I AM HUMAN, BEFORE PARTY.”

Leigh Ann Arroyo:  “We were simply walking together for her to get signatures on her petitions and me to hand out my campaign fliers. It was a learning tool for me to learn another person’s political position.  Also, our party affiliations were NOT even discussed that day. I don’t care WHAT party someone is, I believe in helping others no matter what.  Last time I checked, I AM HUMAN, BEFORE PARTY.” 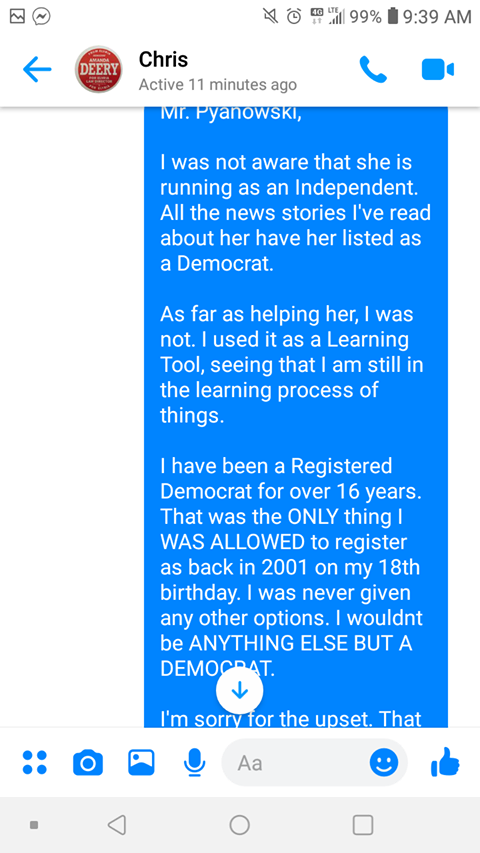 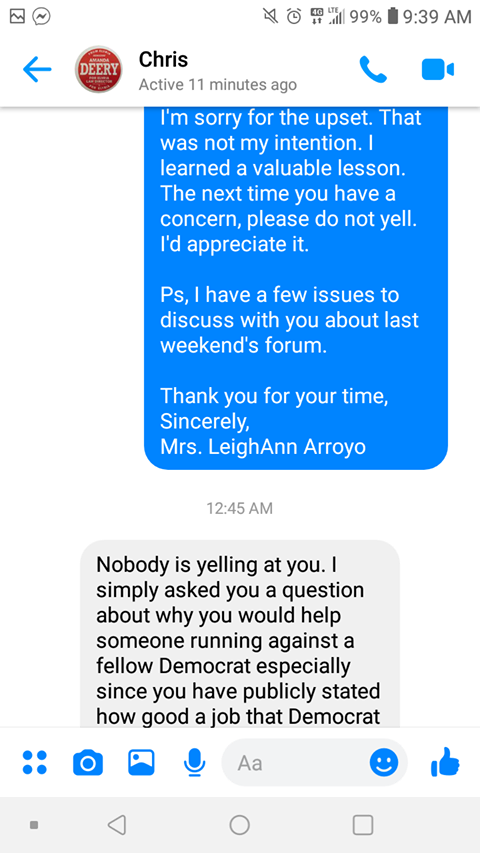 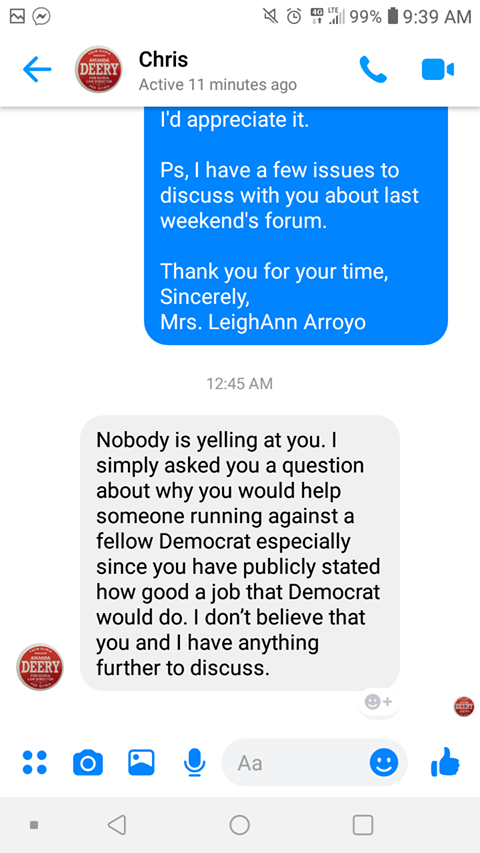 It should be noted that Arroyo was defeated in the May 7th primary but she has set her sights to 2021.  Her political page can be found below.

Honey Howard is still in the race for Law Director for Lorain County, a recently published article found on The Chronicle documents her position below.

COBRA Says:  Politics and those who hold positions of power in Lorain County have long gotten away with things.  Do you have dirt?  If so, submit it here.  Let’s “break the wheel”, the Danaery’s Targaryen way.

This also isn’t the first time that politics have seen some scumbaggery come out among other elected officials in Elyria.  Take a look at last years primaries where text messages (we have the screenshots of them as well) were sent from one Judge to another in what can easily be viewed as “mafialistic” & intimidating mentality.

SCUMBAGGED Opinion: Are we really seeing this again?  A full year later after Elyria Judge’s were caught going wild, we now have, yet another, court related official intimidating other’s.  This is not what politics are, you are not supposed to reach out directly to other individuals who are running against your wife, or more specifically, reach out to other members of your own party when they are trying to simply walk the streets in their own ward.  Imagine what goes on here behind the scenes, all jokes aside, there’s a whole helluva lot more going on in Elyria’s politics than just this.  It’s down right disgusting what people will resort to in an effort to accrue more money and more power.