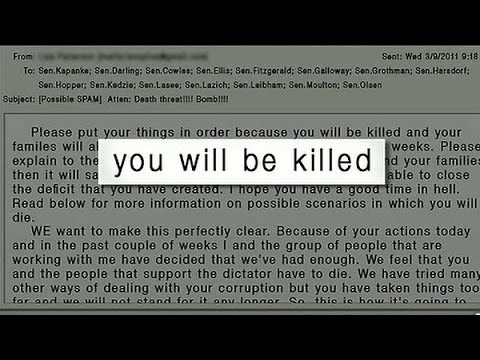 UPDATE 7/29/2017:  Suzie Scott forgot to block her number when she called to make a threat of violence against us stating “You better watch your back mother fucker” after we ran an article on this scumbag.  You can see her & her husbands article here:  Santino DiBerardino & Suzie Scott – “A Couple of Crooks” (Strongsville, Ohio).

++Below is the recorded audio of Suzie Scott leaving a threatening voicemail to us.++

UPDATE 7/22/2017:  When a scumbag of a large powerful family gets exposed, blowback is to be expected. However, who would think that people could be so stupid as to use Facebook messenger from their own Facebook accounts when doing so?

“You just made the worst mistake, his death is on you”.

Charlie Gillock, the Mayors grandson, didn’t refrain from contacting one of our associates calling him a “bitch” and physically threatening him, stating, “all in all don’t let me see u g” which could easily be viewed as a threat/intimidation. 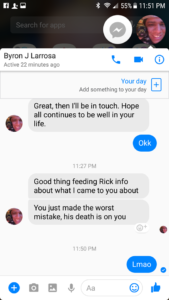 Then there’s Byron J. Larrosa, who has been contacting our tip line number day & night sharing his various opinions (which he’s entitled to) and also including several threats, death threats at that.  He’s also made threats from his Facebook account towards other people’s families. Mr. Larrosa told one girl that helped provide us with crucial information against him that she “just made the worst mistake, his death is on you” when talking about our web-designer.

Moving forward, there is the city of North Ridgeville, backed by the Gillock family which has threatened to sue us, in a long-shot attempt to take our website offline.  All of these things have just motivated us further; the threats of physical harm and intimidation will not work with us.  We’re extremely motivated and passionate about what we do!

SCUMBAGS WILL GET WHAT SCUMBAGS DESERVE – EXPOSURE! 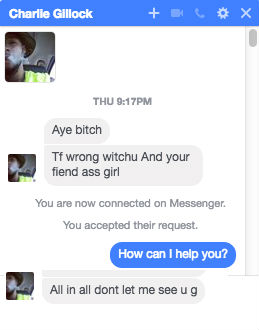 It is time that people open their eyes and understand that we live in a civilization where real truths are concealed, reputations are falsely forged and criminality is hidden from view.  People in this country on all levels continue to make power moves in a never ending game of chess.  Using the news as a manipulation tool and hiding behind powerful positions in government.

Our response to these legal threats and physical violence is the following:  We will never live in fear & most importantly we will never be intimidated for sharing the truth.  Our articles will never be “held back” or censored for any other reason than protecting the identities of those involved.  We will never betray our moral obligation of reporting on the various local scumbags that are lurking around the corner.

Three huge articles spanning the cities of Cleveland, Elyria & North Ridgeville will be released today.  T-Shirts and other memorabilia are currently being created and will be made available to our dedicated readers shortly.  We will be hosting our first ever sponsored event in August 2017, more information on that event can be found on our Facebook page in the coming days.

Scumbagged.com is here to stay and everyone better get used to it.

NOTE:  Scumbagged nor it’s associates have (or intend on) pressing any charges on any of the individuals making these threats.  We firmly believe in taking the high road in each case and instead presenting to you, the reader, the true nature of the scumbag.