H&R Block has a computer bug that is costing individuals upwards of $1,000 (or more) on their tax returns.  The initial discovery occurred at an Ohio branch located in the city of North Ridgeville and is specifically related to the companies tax software.   The software bug affects individuals who qualify for the EITC (earned income tax credit) and to the millions of unseen eyes, nobody would have ever known the wiser, until now…

In a specific incident that occurred on 2/27/2019, one woman saw her tax return increase by more than $400 as a result of the companies error and an adjustment being made to offset the computer glitch.  The miscalculation was discovered when the woman compared her tax return to her sister’s whom both had earned the same exact amount through the year and almost in the same identical fashion.  After making a phone call and hours of investigating, a bug in H&R Block’s system was unearthed as the root of the problem.

Scumbagged called H&R Block and inquired as to what specifically is causing the error and an employee for the company stated “this is primarily related to schedule c filings, anyone who has their own company or essentially has generated income throughout the year without a verifiable W-4”.  When asked if this was something that was recently discovered & if the bug was being worked on H&R Block had the following to say: “Yes, it’s something we are currently aware of and have been trying to work out of the system”. 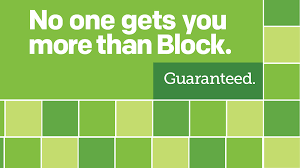 It is widely suspected that the bug is system wide and has been ongoing for some time without a fix.  It is also speculated that most agents are entirely unaware as to the issue and when they are they would have to manually offset the miscalculation.  Anyone that had some form of “Schedule C” income, whether it be subcontracted or otherwise will in many cases have to amend their taxes this year.  This doesn’t require a refiling and so delay’s should be kept to a minimum (according to H&R Block).

Fun Fact:  As of this writing H&R Block has not made any public mention of the tax issue or bug in their systems.

COBRA Says:  Bad timing for this bug to be discovered, it’s almost the end of the tax season and that means that millions of people have probably been affected.

If you think you may have had an issue and you filed with H&R Block, then you are urged to contact your local H&R Block tax representative.

Readers Note:  It should be noted that the software bug isn’t widely known and there’s a really good chance that even the branch manager might be entirely unawares of the situation.

SCUMBAGGED Tip:  This has probably affected millions of tax filings in the USA and across the globe.  The company has more than 12,000 tax offices in operation worldwide.  If you do the math, there’s a good chance were talking BILLIONS in messed up returns.