Imagine walking in on your 15 month old baby being beaten by a family friend.  You’ve just gotten off of work, you get home, walk into your sisters house who lives next door to you where you left your child, you hear your baby screaming loudly as you walk up the steps and begin calling out to him in an effort to comfort him, “Ricky, what’s wrong buddy?” – all the while thinking to yourself that maybe he’s just having one of those moments where he’s inconsolable, after all he is teething.  Instead, you come around the corner to watch as a grown man is violently striking your child and you see a pure evil that you’ve only heard about & seen on the local or national news.  This couldn’t be happening, not by a family friend, not by someone you trust, not to your child.  Oh but it is…  You watch in horror as your baby is being held up in one hand by his arm, you see a sick & twisted smile on the man’s face as his other hand raises above his head and comes crashing down heavily on your poor defenseless baby, taking his breath away in the process.

Everything is happening so fast, your brain is having a difficult time processing what you’ve just witnessed, this isn’t something you ever expected and your eyes quickly turn to your child.  You see multiple welts already having formed on his back, he has tears flowing down his face, tears that couldn’t have possibly drenched his chubby cheeks in the mere few moments that you’ve been standing there, you’re now thinking & coming to the realization that he’s been hit multiple times, your baby is hyperventilating and erupts in a high pitched scream, a scream that you’ve never heard from him before as he locks eyes with you wondering what is happening to him.

Now imagine going to your local police department and filing a complaint, all of which is against the wishes of your husband, mother, sister and family who would prefer to handle it the “old fashioned way”, but you decide to ultimately do it the right way, the legal way.   You provide documented pictures of the abuse, children services reaches out and visits you at your own home regarding what happened, you then are told that this person has already been involved with them (as the woman you are speaking with searches his name in the children services system and see’s entries belonging to him from the past) and that they are in all actuality a violent felon that’s also currently on adult probation.  Imagine having to schedule doctors appointments to check for potential fractures and or any underlying health conditions that may or may not have been caused from the incident.  Meeting with detectives, following up with a private attorney, Steve Albenze, regarding the situation.  You then speak with the prosecutor, the victims advocate, numerous times – waiting patiently for justice.  Then finally, after almost two weeks you are informed that charges are forthcoming – only to be told 6 minutes later that your case “would be extremely difficult to prove” and that “we’re just not going to prosecute this particular case”.

This is what life has been like the past two weeks for Amber Humphrey, a 26 year old married mother of two from Lorain.  After her husband had worked all night long (multiple late night shifts) she needed someone to watch her son for 1 hour while she had orientation at her new job.  Upon her return, she discovered her son being beaten.  She immediately grabbed her child, ran home in tears and woke up her husband.  Her husband became irate, ran down stairs and was going to go next door to confront him, but never had the chance.  When he opened the door Joe Dutko was already there, in an attempt to stop Amber from waking him up.  Amber Humphrey’s husband began screaming at Dutko for placing his hands on their child and Dutko laid on the ground, shaking and in tears at first in denial of what he had done and then basically admitting what he did by repeatedly saying “I’m sorry, I’m sorry, I’m sorry”.

Ever since that day Amber Humphrey has been fighting for her son.  First with her husband and family members over the best course of action to take, with her husband wanting to take an entirely different route, one that would call for extreme violence (and even some of his family members re-iterating coming across the country to handle the situation for him).  Through it all, she prevailed over her husband and family and decided to press charges against Joe Dutko and do things in the legal manner.

Amber Humphrey has been going back and forth talking to detectives, victims advocates, lawyers, children services and attempting to get the man who abused her child placed behind bars.  Finally, on 5/16/2019 at 10:22am she got through to the Lorain Victims Advocate who advised her that the perpetrator, Joseph (Joe) Dutko, would have a warrant issued for his arrest.  Finally, a sigh of relief, her son would receive justice for what happened to him and the man who caused him the harm that lives next door would be taken away.

Except, that’s not how it went, not anywhere even close.  Mere minutes after Amber Humphrey got off the phone with the Victims Advocate’s office she received a phone call from Mallory Santiago, the Prosecutor handling her case with the City of Lorain.  In what apparently is a “one hand doesn’t know what the other hand is doing” system in their court system, Prosecutor Santiago informed Humphrey that there would in all actuality be no charges forthcoming.

Listen to the Audio between Humphrey and the Prosecutor below:

Amber Humphrey and her husband live directly next door to her sister and her sister’s new boyfriend, Joe Dutko.  Dutko had been residing next door for approximately three months.  During that time the newfound couple interacted with the Humphrey’s on numerous occasions.  Cookouts, family dinner’s, bonfires, taking their children out together to Avon’s Dinosaur Adventure and so on and so forth.  Everything appeared to be normal with Joe Dutko.  He worked a steady job, he saw his own child regularly for his scheduled time on the weekends and seemed to be a nice guy, even going out of the way to help Amber Humphrey’s husband with car repairs on numerous occasions.

Appearances, however, can be flawed and little to Amber Humphrey’s knowledge did she realize that in all actuality Joe Dutko was a violent offender, one that was currently on felony probation stemming from a Felonious Assault & Domestic Violence conviction in 2016.  In that circumstance, Dutko choked his then girlfriend, Jessica Panter until she passed out.  Upon waking up, she attempted to flee her home and call the police but Dutko restricted her from doing so.  Initially he was charged with Abduction, but those charges were ultimately enhanced to the an F-2 Felonious Assault conviction.

Listen to the audio of the Lorain Victim Advocate’s office informing Humphrey that her son’s abuser would be jailed:

This call transpired mere minutes before the Lorain Prosecutor called her to inform her of the exact opposite of what she had just been told. 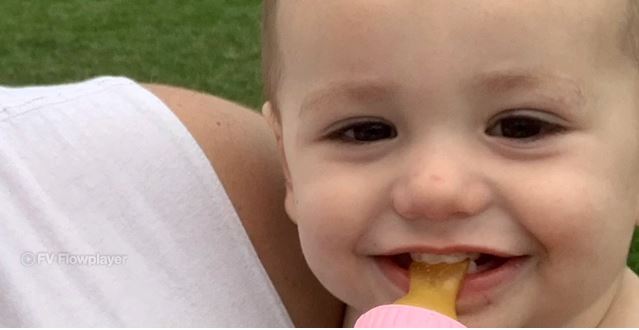 SCUMBAGGED Opinion: A city rife with crime, too busy to prosecute baby beaters and violent offenders.  Yet, this same city will accost and hunt down individuals that steal a candy bar or mountain dew from the local corner store.  This same police department surrounds homes for misdemeanor-1 charges based on frivolous charges, but when presented with a concerned mother who is trying to do the right thing, lawfully, is turned away and told that “her case isn’t winnable”.  Only something like this would occur in Lorain, Ohio.  As for Mallory Santiago – well, she’s one pathetic prosecutor, no offense…