Cassandra Studebaker aids and assists with the Elyria and Lorain police departments and the drug task force and is actively setting people up and wearing wires. She has just been called a rat by a Lorain man who is very close to her.  The craziest thing is that she is still selling percocet out of her mommy’s trap.  She is such a fiend she is wearing a wire and will do whatever it takes to get her next fix. This crack head cannot be trusted. Do not let her near you she is poisonous bad news. Don’t go to her momma’s trap house on 2nd street you will find yourself locked up.

Her and her pregnant hoe friend Bree Schultz are having sex with drug dealers to keep their operation going. They are so desperate for a fix they will do anything, you don’t even have to pay them cash anymore. I saw it last weekend with my own eyes, they were trading sex for drugs. Do not trust these con-artist hookers unless you like jail. They have [CENSORED]. They did my brother so dirty and didn’t even think twice. My brother taking the fall for these hoes just like everyone I know. They out to ruin our lives and family’s all for they fix. [CENSORED]. 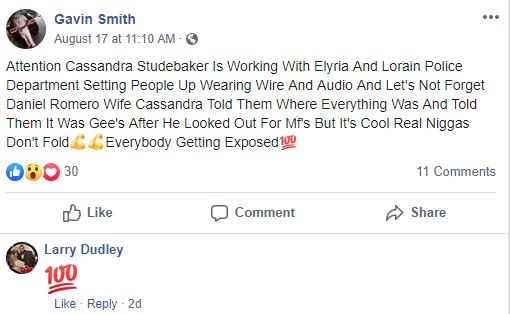 NOT SO FUN FACT:  Anna Traut, another friend of Studebaker’s was also submitted to Scumbagged recently in her own article which is currently pending release.  You can, in the meantime until her actual article gets published see a recent arrest report on her here:  Anna Traut – Locked up for OVI – Sentenced (Amherst, OH)

In case you’re wondering who Cassandra Studebaker is, Studebaker has also been featured on Scumbagged before in two numerous articles.  The first exposed her for her continuing distribution after the 25 person indictment and then when she was busted by the feds shortly thereafter.   Cassandra “They Call Me Stupid” Studebaker: Gets Indicted In 25 Person Drug Ring, Keeps Selling & Using Drugs Anyways and Cassandra Studebaker Busted By The Feds – Incarcerated & Pending Trial.  It should be noted that she’s been featured on numerous other outlets and press releases as well related to her criminal behavior.

HAWK Says:  It’s safe to say that this is the third submission on this individual and that anything she touches tends to find itself in either jail, puking over a toilet, in a drug induced coma or being hit with Narcan.  Absurd.

SCUMBAGGED Tip:  After reading this if you have any intentions on selling drugs or continuing to sell drugs, you have serious issues.  What is the sense in selling drugs today, getting away with it for a few years only to lose it all and then go to prison or potentially sell to someone who dies and then you’re faced with a manslaughter charge?  At that point in time you would be better off flipping burgers at McDonald’s.  Enter into retirement now, before you’re forced to do so.  Someone always tells, someone always dies, it always ends badly.

Addiction Assistance & Information:  The Wellington Police Department offers immediate inpatient treatment (even if you have a warrant in some cases) through their LINC program.  If you are suffering from addiction give them a call at (440) 647-2244 or even contact them via messenger on their Facebook: https://www.facebook.com/Wellington-Police-Department-759508177392915/ 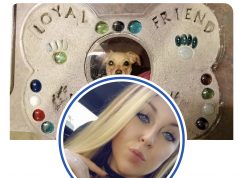 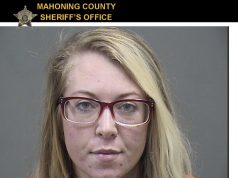 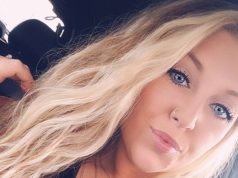 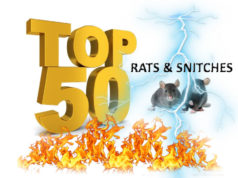