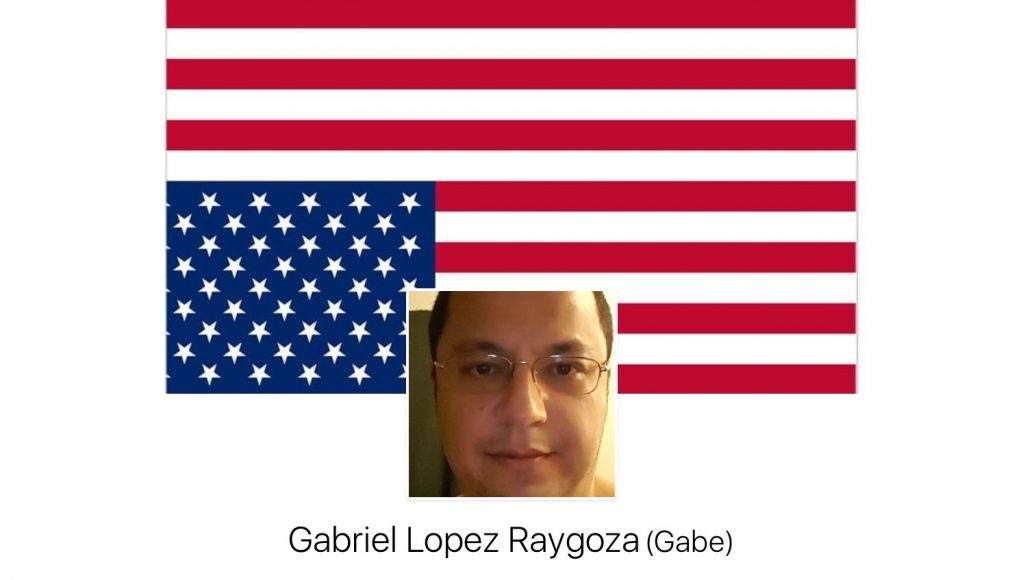 Gabriel Lopez-Raygoza is an extreme leftist, liberal freak from Bluffton, SC; originally from Perris, California. He is a member of Antifa, but denies being so. It’s hard to tell how old he truly is, because he’s fat and ugly. Gabriel is fat and ugly because he sits on his sweaty lard ass all day, exposing Trump supporters on Facebook, calling them racists. He easily passes as a 40 year old virgin. What a fat pig! 🐷

Gabriel openly admits that he gets paid 25 cents for each racist he exposes. It is due time to expose this possible terrorist for being the radical he is. He hates the United States, as you can see here with his upside down flag, but he refuses to leave here, because he enjoys all the comforts of living in a capitalist country. Gabriel admits that even though he hates this country, he is here for a takeover.

Do not go anywhere near this radical shit beast! Gabriel Lopez-Raygoza is an Antifa loving piece of garbage. Do not date him. Do not talk to him. Run! He is a danger to everyone, including himself.

Here is his Facebook profile, so you can see this piece of shit for yourselves: