Form 2007 to 2008 Gary Stone stole more than $100,000 from the city of New Castle as a public official and it’s parking manager.  Stone had also taken out a credit card in the name of the city and used it for personal expenses. The whiff of wrongdoing came after police took over the job of collecting coins from parking meters in 2008, a job previously overseen by Mr. Stone. The police collected $54,078, which was considerably more than the $71 Mr. Stone submitted in receipts for 2006 or the $271 he submitted for 2007.

On March 22, 2010, a Lawrence County jury found Stone guilty of access device (credit card) fraud. He was acquitted of a more serious charge of theft by failure to make required distribution of funds. Stone had been accused of taking $108,156 in parking revenues and of fraudulently opening a credit card in the name of the city of New Castle.

Where is Gary now?  More than a decade after his crimes he is now an unemployed drug addict who threatens women and steals from stores.  It has also been rumored that he is a paid confidential informant who told on several people in town in order to save his own hide.

HAWK Says:  Seems like some people never learn, perhaps it’s time to find treatment and a job.  The possibilities are endless in this economy.

SCUMBAGGED Tip:  People can change, it’s never too late, if you or anyone you know is suffering from addiction and needs assistance encourage them to contact the numerous avenues for recovery in their area.   Helping and uplifting people regardless of their past history is something that needs to be focused on more in our communities. 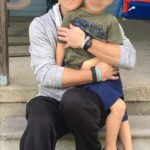 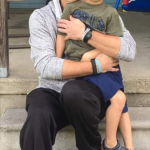