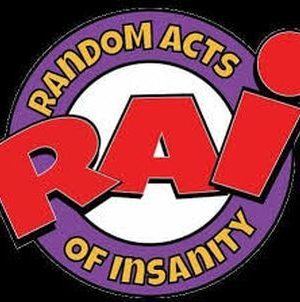 Random Acts of Insanity is an improv troupe in the Daytona Beach area led by a man named Andrew Ramos. The troupe’s demographic consists of overweight men in their late 30’s who believe they’re Hollywood A-Listers. RAI used to be a local favorite in Daytona up until things started getting nasty a few years ago.

Why you ask? In order to join the troup, Andrew makes any aspiring comedians sign a form that basically says that he can ban you on sight for no reason whatsoever, and has been doing so since roughly 2016. This means that the troubled troupe is always swapping members, only 2 or 3 of them have remained constant over the last few years.

Several females report having been sexually harassed by the males of the troupe, or pressured to have sex in order to join. If the members were not attracted to you: you weren’t getting into RAI as a woman, period. Ramos is already the subject of an online controversy thanks to his ex-girlfriend, but unfortunately he just can’t keep out of it.

Random Acts of Insanity was exposed publicly in 2017 for mocking and sexualizing female comics who have been raped behind their backs. A woman outside of the troupe was the actual whistleblower, but instead of a public apology, Random Acts of Insanity responded by blaming and banning the woman who had told the whistleblower in the first place: A young, pretty autistic girl who had performed there alongside them briefly.

Over the next two years several members of the troupe had sent harassing messages from anonymous phone numbers, falsely accused her of crimes, and had improv shows performed on stage mocking her for her autism. This girl ended up attempting suicide in late 2018 as a result of their harassment. You heard me: Random Acts of Insanity caused an autistic girl to attempt suicide because they were exposed for sexual harassment.

As for the shows themselves? Painfully unfunny. Literally every joke is a reference to a Hollywood movie. None of these men know how to tell a joke, just spew the latest mainstream movie references and political views as the TV dictates them to. Their entire personalities revolve around who has watched the most Star Wars, Avengers, generic Marvel-DC cape-shit. And they REALLY think that will make them famous one day? Jesus fuck, I give Random Acts of Insanity a 0-star review as a performance act and as human beings.

SCUMBAGGED Tip:  If you don’t like something, or someone, you can always refuse to participate or join the venue.  Regarding the fellow comedians, if you do not wish to sign an agreement, take your talents elsewhere.  This is the second article in the past two years on this group, makes you really wonder what’s going on down there in Florida.  Clearly, something is… 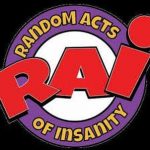 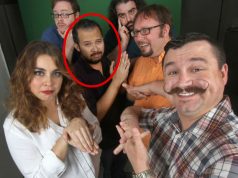