CLEVELAND, OHIO –  Just when you start to believe the COVID pandemic couldn’t possibly get any worse or become more inconvenient in our daily lives, it sure can and for this young Ohio couple it certainly did.  On May 10, 2020 at 8:32am Mehgan & Dyllan James welcomed their first child, a beautiful healthy daughter at the Cleveland Clinic’s Fairview Hospital located in Cleveland. The labor went smooth and they were absolutely in love with their new bundle of joy and fully expected to be able to continue that elation until Mehgan, Dyllan and their daughter could go home.  Unfortunately those realistic and appropriate plans all took a turn for the worse when what was supposed to be a time of bonding resulted in Dyllan being refused re-entry into the hospital…

Shortly after his daughter was born Dyllan James informed Fairview Hospital that he had to take his second (and final dose) for his COVID vaccination.  He was under the impression that he would be able to re-enter the hospital without any issue, especially after being vaccinated.   Unfortunately, after returning to the hospital everything took a turn for the worse when he was denied re-entry because Mehgan’s mother had come to visit while Dyllan had left. 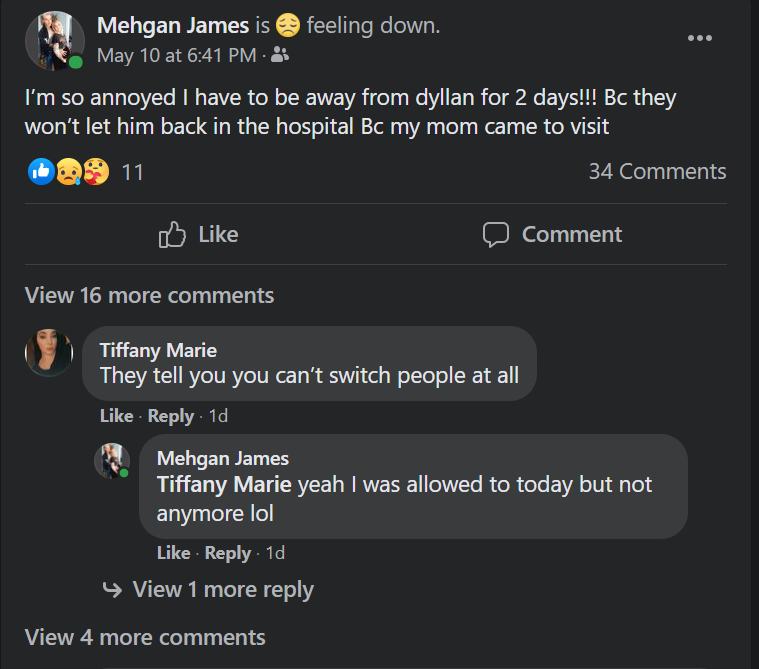 READERS NOTE:  It should be noted that Dyllan, Mehgan and Mehgan’s mother are all negative for COVID.

As to be expected the young couple has expressed extreme frustration over the situation and Dyllan made a video expressing himself in regards to a “feel free” mentality that apparently really exist at the Cleveland Clinic Fairview Hospital.

COBRA Says:  This is the problem with society and in this case the Fairview Hospital.  They lack common sense.  Dyllan was already in the fucking hospital once and he returned after getting his second COVID shot.  Why not let him in?  What’s the harm?  Oh wait, that’s right, there is no harm in that so why not harm the entire special moment and make it something they would want to forget as opposed to remember and cherish?  Scumbags… 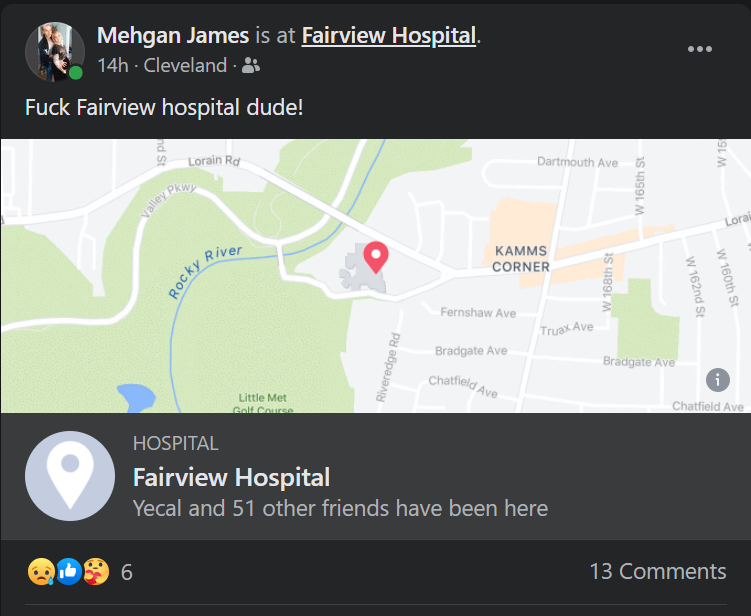 This isn’t the first complaint that this hospital has received as hundreds have left negative feedback of their experiences both on Facebook, Google and elsewhere.  Below are just “some” of the negative reviews found on Google alone.

SCUMBAGGED Tip:  Personally speaking any hospital that wants to go to these lengths to prohibit someone from entering after they’ve been vaccinated and after the child’s mother has tested negative for COVID shouldn’t be a #1 choice in anyone’s book.