My name is Christian Godinho (the serious truth guy that he was tweeting at in your pics up there with krumbsnatcha.)  I have been the target of Talib’s worst harassment campaign yet.  On the 20th of June I had just made a Twitter and I asked Talib if he could refrain from spreading hate and division and asked him to spread consciousness and unity and told him he was a hypocrite for posting about social justice from his million dollar north Hollywood mansion.

In return, he twisted that into me doxxing him, threatening his family and being racist. He not only got his fans, hundreds of them, to go on a harassment campaign against me for the next 8 days but those fans also hit up another young woman named Yasmine.  They, along with Talib Kweli, told her that she deserved to be raped, beaten and killed for talking to me.

Mr. Kweli went on to post slanderous insults about me, like old newspaper articles of false arrests that I got found innocent of in court, showing screenshots of the articles out of context making it look like to his fans i was convicted of arson. So they harassed me even more…

He went as far as posting an Instagram picture of me slandering me even more, which was liked 30+ thousand times last time i checked and multiple celebrities including Malcolm Jamal Warner, aka Theo Huxtable of the Cosby Show, Busta Rhymes, Everlast, Lil Scrappy, Pete Rock and Skyzoo – all of whom helped him gang up on me and berate me. It made so much noise that people from all over the state of Massachusetts and beyond were asking all sorts of people from my hometown who I was.  He basically made me famous.

HAWK Says:  He’s been published here once before when he got into an interaction with us on social media.  He’s also graced Breitbart and Fox News for his racist comments, yet Twitter just lets him continue.

So, because of him and all the celebrities and professional rappers, I put out a 32 bar diss on them and destroyed him lyrically and he immediately shut up because all he can do is Tweet, he cant even rap anymore. Pictures attached as evidence.

The Bottom Line:  Talib Kweli Greene needs to be banned from all social platforms and should be viewed as a terrorist (in a sense).  He spews so much racism, hate and division.  It’s beyond reprehensible that the social network of Twitter hasn’t removed him yet, then again, Twitter (just like FaceBook and many other plaftorms) are all owned by liberals.

SCUMBAGGED Tip:  Anyone who has an issue with Kweli should just start sue him.  Not hard to prove – just look at his history, it’s everywhere, since he first started opening his mouth in front of a mic and now hides behind a computer screen and uses his fingers.  Evidence against him is plentiful. 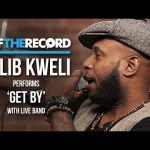 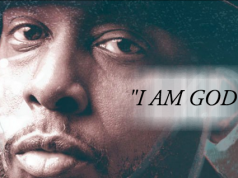