Eric Ivey, the Warden of the Cuyahoga County Jail has allegedly been fired.  The County’s Union Director reported that he was relieved of his duties on Friday, 11/16/2018 (this information has been kept hush hush and the county is attempting to downplay the loss of some of its top management overseeing the jail).  Last week Eric Ivey and Ken Mills (Regional Director of Corrections) were faced with two options, either resign or be publicly humiliated by being fired from their positions.  Ken Mills chose to resign in what appeared to be a bitter and hastily made letter that contained all of 2 sentences (click to view).  Warden Ivey on the other hand has allegedly refused to resign and vowed to fight and appeal any demotion or firing.  And so, as it currently stands, he’s still embedded within the jail.  Much like how Mills submitted his resignation on the 13th, but was still at the Cuyahoga County Jail until the 16th.  Mills & Ivey have been directly blamed for the various civil rights violations that were discovered by the U.S. Marshall’s, F.B.I and a third party investigatory unit.

Freezing Cells:  It has been reported that some inmates (corner cells) housing areas were temperature tested by the U.S. Marshall’s and were discovered to be at 45 degrees.  The inmates had only one blanket each, could write on their cell windows and see their breath (at certain times).

Starving Inmates:  Inadequate nutrition was discovered and resulted in yet another violation.  Inmates were receiving “cop out” meals in the hole and while out to court that placed inmates under the bare minimum for daily nutritional allotments.

C.O. Talk:  We’re not allowed to give out lockup trays anymore.  An inmate could be a problem gets on lockup or whatever, even in the hole, everyone gets a meal.  Cop out carrots and milk – gone – full meals.

Recreation:  For the first time in 3 months the pods on floor 9 went to recreation.  Inmates are entitled to at least one hour of recreation time per week in order to stay compliant with Ohio Housing Guidelines.

Inmate Deaths:  There have been 6 inmate deaths so far in 2018 at the jail.  Two were the results of suicide, two were from drug overdoses and the other two are labeled as under investigation.  Their names are as follows: 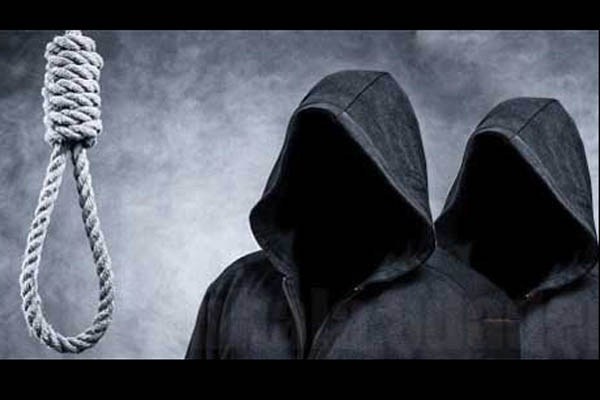 Not So Fun Fact:  When the U.S. Marshall’s were making rounds to ask inmates questions, Warden Eric Ivey was overheard stating “The inmates will makeup whatever they need to”.

The administration from the sheriff on down needs to be addressed. – C.O.

Anonymous C.O. Statement:  “It’s about time somebody else besides the local county government take interest into the jail. It’s been a standing issue that progressively gets worse over the years.  By them investigating there has been minor changes and minor mood enhancements among the pods/units within the jail, but it needs to be consistent.
“The County is held responsible for exactly what is going on and needs to go on.  The administration from the sheriff on down needs to be addressed.  Whether it be termination or training, it needs to be addressed.  You can’t just lock away your unwanted family, whether it be inmates or corrections and forget about them.  They don’t even know that this place is here, that people work here.  So when you have these conditions, nobody cares. Your politicians don’t care because they don’t understand.  The news doesn’t understand.  So not only are the officers subjected to unnecessary stresses and risks, but this is done from the very top, trickles down to the inmates and then falls on our shoulders.  People are committing suicide there, overdosing, showing extreme violence.  That’s what the entire county has been doing and it’s sad.
“Starting to do 10 minute watches on people in the hole and more – normal 15 before and people would sleep.  A lot of these suicides if you look at the cases, he waits an hour to go do a round and the dudes already up hanging.  And that’s just from a lack of motivation of working and wanting to be there.”

The Power of Scum

The articles that caused the FBI Investigation

Scumbagged broke stories at the jail that the local news stations were incapable and unwilling to release.  Those being compiled from direct submissions, verbatim quotes from internal staff and secretaries, leaked grievances by correction officers & inmates, leaked resignation letters, secret audio recordings and direct communications with other individuals in various positions.  Through a multi faceted effort that was conveyed en masse – the FBI was forced to finally launch an investigation in the beginning of June 2018.

Scumbagged’s last article was released on June 6th, 2018, followed closely behind by our May 30th, 2018 expose on Director Ken Mills.  In both of those articles we outlined the civil rights violations and the blatant codes and ethics laws that were being disregarded.

These articles were directly responsible for the investigation that was launched into the Cuyahoga County Jail by the F.B.I:

Do you feel that criminal charges should be brought upon Warden Ivey, Director Mills, or are you undecided?  Either way, cast your vote below and feel free to leave comments at the end of this page to get involved in the discussion!

The Bottom Line:  It takes a special kind of person to neglect a jail to the degree in which Ivey and Mills have gone.  There’s very few places in the country, perhaps even the world, that operate on such a dangerous, manipulative and unapologetic scale as the C.C.J.